Now, thanks to a novel adaptation known as "twinning," Siltectra has demonstrated that COLD SPLIT can reclaim substrate material generated (and previously wasted) during backside grinding, and create a second fully optimizable bonus wafer in the process.

The breakthrough enriches Siltectra's wafering solution and promises substantial benefits for manufacturers of SiC-based ICs like power electronics and RF devices. Siltectra believes that the solution's combined advantages which include fewer process steps, potentially lower equipment costs, and ultra-efficient use of substrate material, could reduce total device production costs by as much as 30 percent.

Siltectra validated the process by producing a GaN on SiC high electron-mobility power transistor (HEMT) device on a split-off (or "twinned") wafer at its new state-of-the-art facility in Dresden. The HEMT showed results that were superior to a non- COLD- SPLIT-enabled HEMT when measured for CMP characterization, as well as GaN EPI, metal layer and gate layer outcomes.

Siltectra's CEO, Dr. Harald Binder, called "twinning" the "holy grail" on the company's technology roadmap, and noted that the breakthrough was achieved ahead of schedule. "We were confident that we could not only produce a faster and cheaper thinning solution for substrates like SiC, but that we could double the value for customers by extending COLD SPLIT's reach to create a twin wafer from material previously lost during backside grinding," he said. 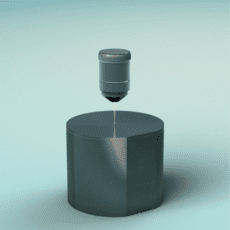 A patented laser procedure prepares a defined layer within the material for splitting. 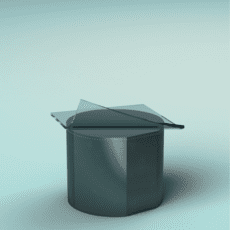 The material is then coated with our custom designed polymer. 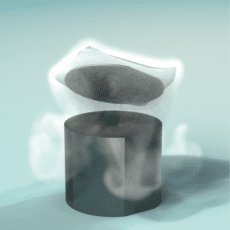 The system then induces the right amount of stress through controlled cooling, to precisely split the material along the laser-conditioned layer. 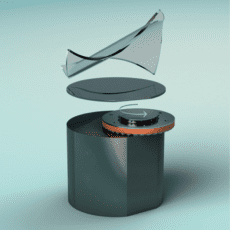 SiC is expected to be the go-to substrate for the production of power electronics, RF, and other devices. Devices made from SiC have a smaller form-factor than those manufactured on silicon, and can handle higher voltages and frequencies with lower power consumption.

Although SiC is substantially more expensive than silicon, the market is growing fast thanks to the substrate's inherent enabling advantages. Not surprisingly, IDMs are seeking new technologies to cut the cost of producing devices based on SiC and other costly substrates.

Until now, the traditional method to thin wafers to less than 20 percent of the original thickness was grinding, which involves the use of expensive diamond grinding wheels. While valued as a reliable solution for silicon, certain challenges make it difficult for grinding to achieve the extreme level of thinness required for SiC-based devices. Unlike silicon, which is relatively soft, SiC is an extraordinarily hard substance (second only to the hardness of a diamond), which makes cutting and grinding arduous and expensive.

What's more, grinding is not a fast process, and the cost of consumables for the grinding wheels can be substantial. Finally, grinding generates material loss, and the process lowers overall yield, which further drives up cost.

Siltectra engineered COLD SPLIT as a faster, higher-yield, lower-cost alternative to grinding for advanced substrates like SiC. The technique employs a chemical-physical process that uses thermal stress to generate a force that splits the material with exquisite precision along the desired plane. The solution accomplishes the thinning task in minutes instead of an hour like traditional grinding tools, and cuts material loss by as much as 90 percent.

The "twinning" breakthrough extends COLD SPLIT's capabilities. The adaptation provides a simple way for IDMs to avoid expensive kerf-loss when slicing ingots or boules into wafers. It effectively replaces backside grinding processes, while producing an identical wafer primed for a second device run.

Siltectra is qualifying the process on customers' SiC material at its newly extended facility in Dresden, while preparing to apply the COLD SPLIT technique to additional substrate materials. The company also provides wafering and thinning services at the same location.